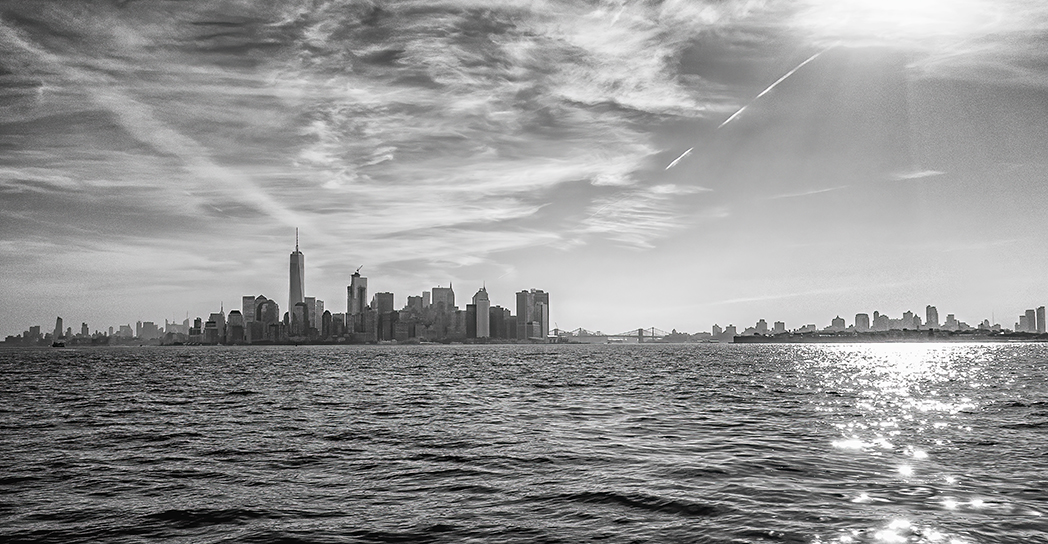 You never get tired of looking towards the city. 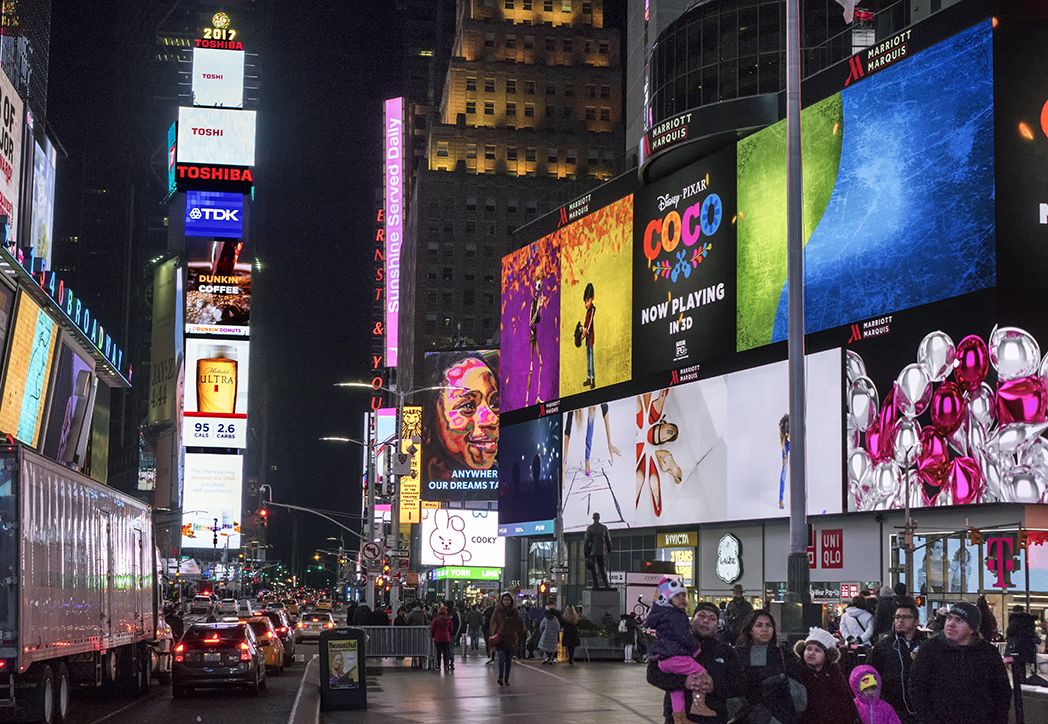 Late at night, one of the most photographed places on the planet. 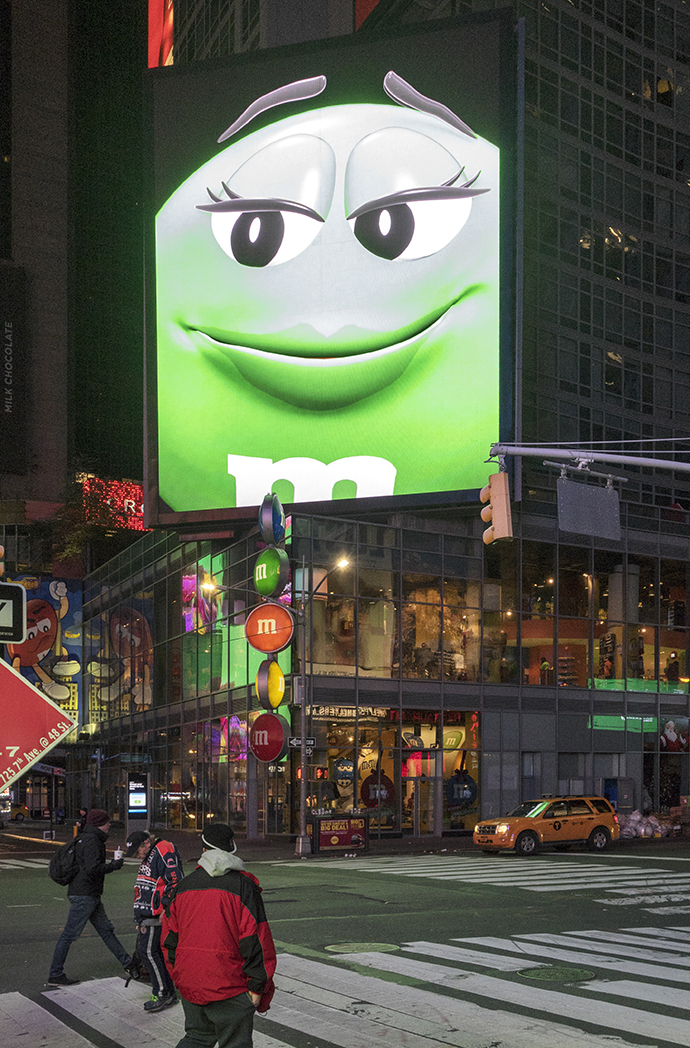 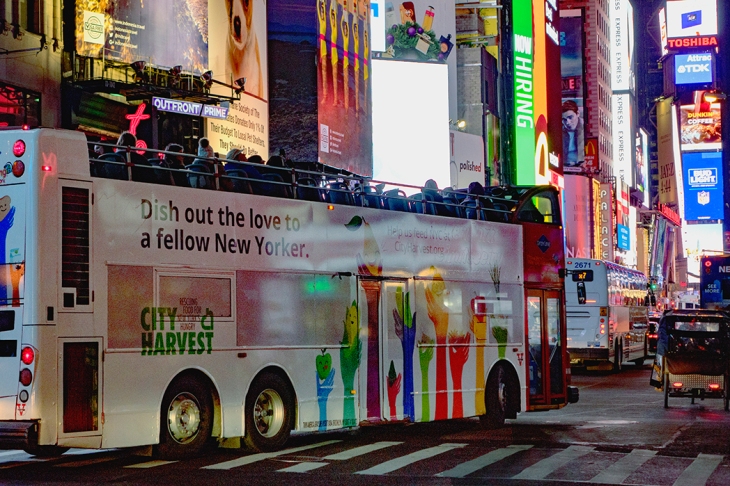 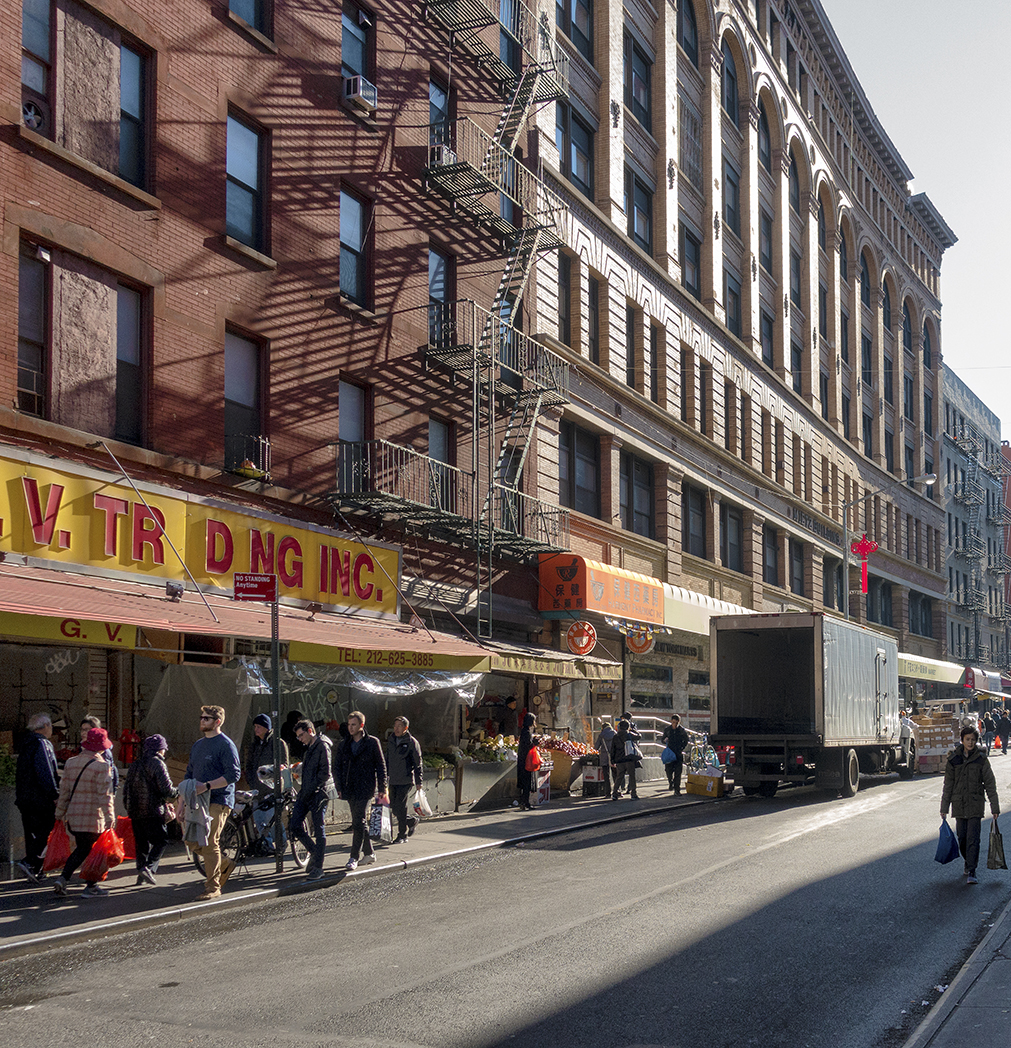 Almost every city has one.  And in New York, blocks away from the financial district, blocks away from the Freedom Tower, people live lives in a world familiar to me.  Vegetables and other produce neatly arranged in stalls, perused by eagle eyed shoppers; the aroma of freshly cooked food punctuating the cold autumn air.  A trek through a neighborhood that while not quite the America of the town centers, is still unmistakably American.  A reminder of the diversity, almost uniquely American, that makes this country a great nation.

Ethnic neighborhoods still dot the cities and towns we live in, but underneath it all is the common thread that binds us all.  We are different and yet we are the same.  It doesn’t mean that we need to sublimate cultures to create a homogeneous whole.  Who wants to look at a grey wall?  We do need to understand, however, that maintaining a separate identity, a separate belief system is not the best way for people to understand one another.   If we are to be one, we need a common sense of purpose, a common goal, a common dream.  To better one’s self but not at the expense of others.  To work hard, to reap the benefits of hard work;  not to expect things to be handed to you, but always willing to help others when help is needed.   We may not all look alike, but we share the same mitochondrial DNA from some ancient Eve. 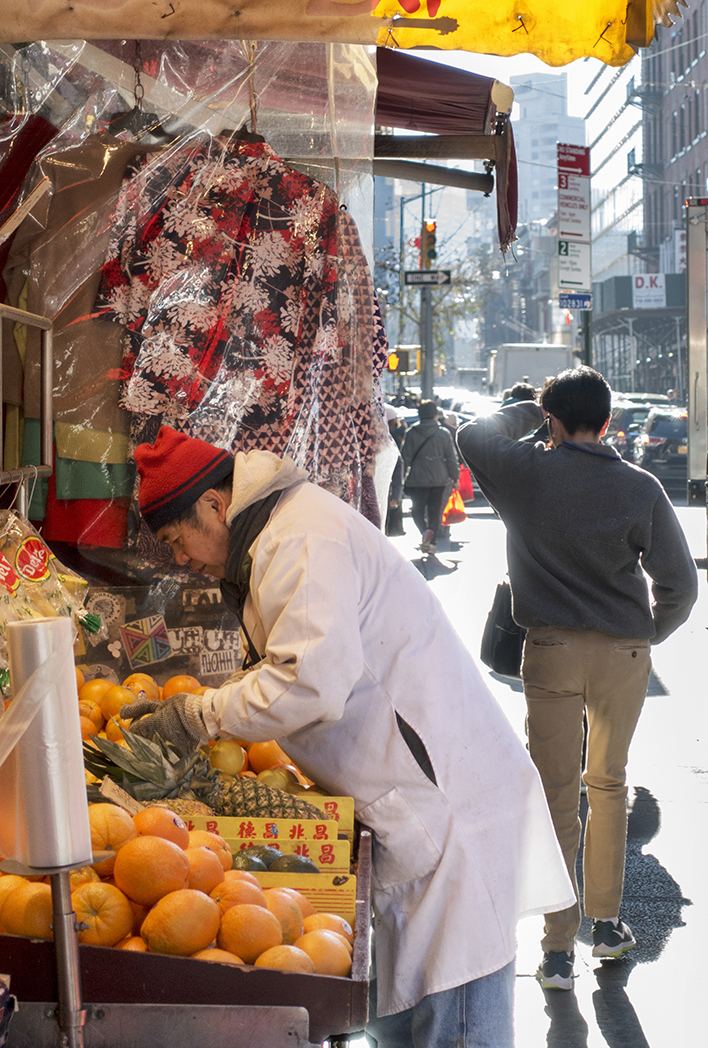 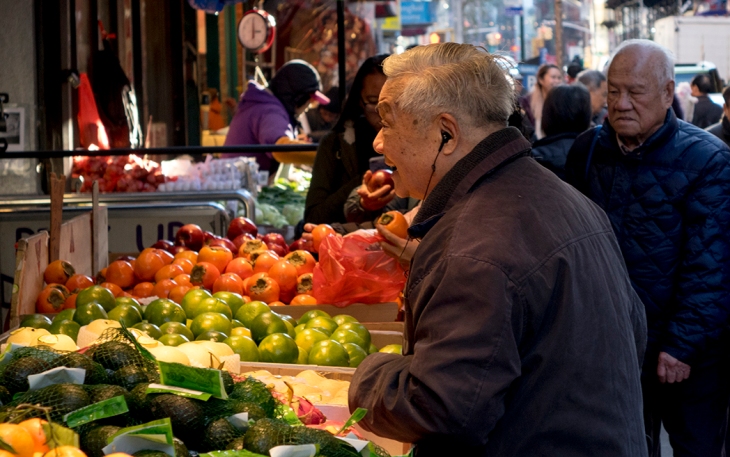 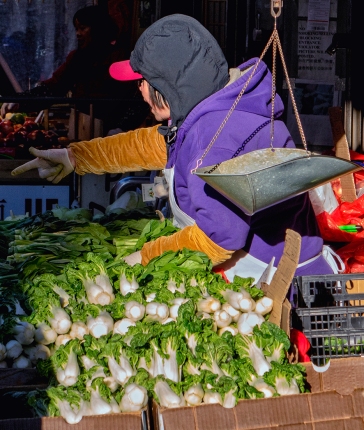 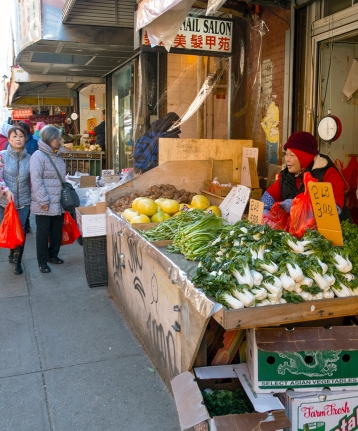 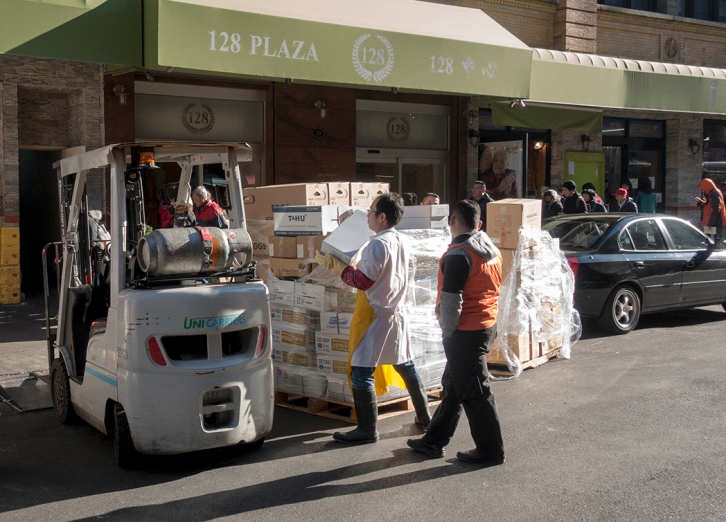 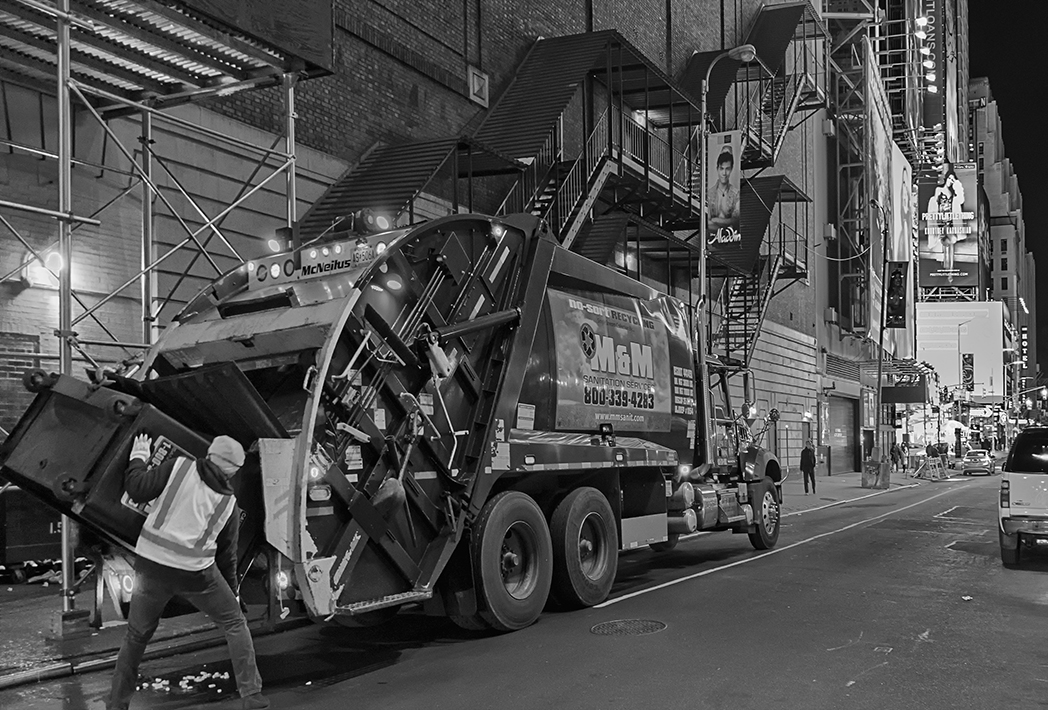 We went to Times Square hours after the parade ended.  Near midnight, the crews were busy cleaning up the trash (and there was A LOT of TRASH!) and the police were moving the barriers down.  People still milled around in copious quantities, buoyed by the food that rests deep inside their stomachs, the frenzied energy of the holiday season beginning to take root.  A man plays his saxophone while countless people mill about the food trucks and billboard signs that drown out the stars in the night sky.  New York, the city that never sleeps.  Frenzied strolls along the well lit avenues.  Electric is the word. 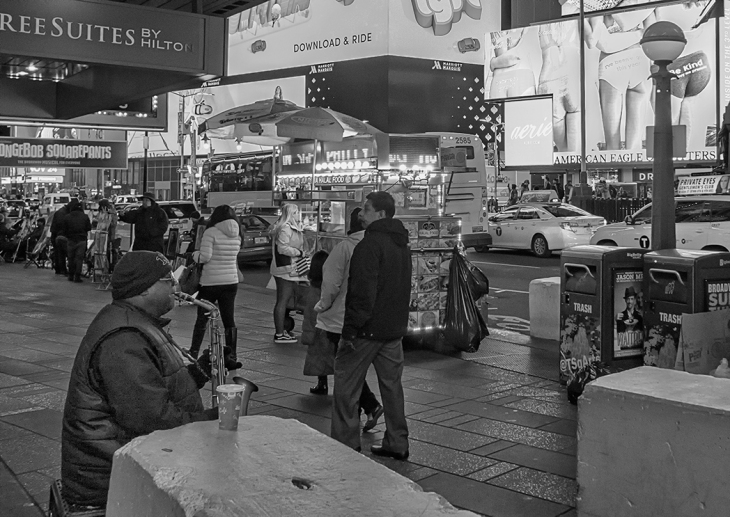